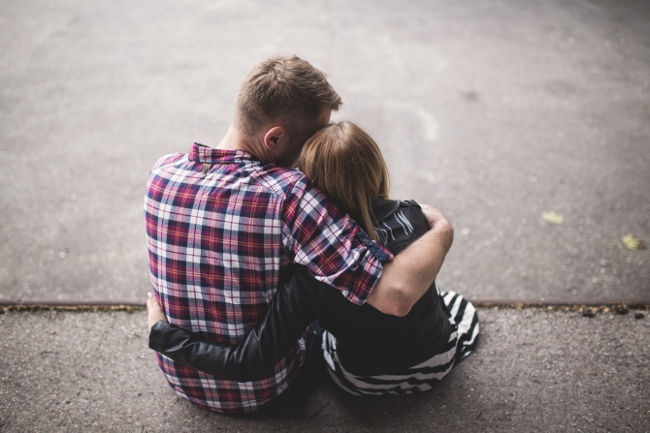 Another Simple Thing: Spare the Rod

by Signe Tronson
50 Simple Things, Reflections of the Executive Director, Staff and Board

“Disciplining your children is NOT easy! The most challenging part of parenting is understanding your child’s developmental stages—and then figuring out the most loving, consistent, and developmentally-appropriate way to discipline them without crossing the line into physical punishment. It’s my role as a pediatric professional to help parents along this journey, so that both children and parents can be spared the trauma of physical abuse.”
– Gabrielle, Petersen (MSN, CPNP), Medical Examiner, Children’s Center

Not much is harder for parents, teachers, coaches, and anyone who supervises children than disciplining them. It’s a tricky, touchy subject. But if we’re serious about building a better world for kids, we need to examine how we help them manage their behavior.

Researchers are surfacing strong links between physical punishment (such as spanking) and increased childhood aggression, including acting out in school and poor academic performance. Children who are hit often and/or severely are more likely to be aggressive (both as children and adults) and are at greater risk for anxiety, depression, and substance abuse; later relationships with their parents tend to be more distant.

While parents who employ physical punishment may sometimes get the immediate results they desire (specifically, compliant children), such practices are not only ineffective, but counter-productive over the long haul. According to experts, physical punishment can lead to:

Significantly, no recent studies of physical punishment have validated a positive long-term effect. As a result, more than 30 countries have banned the practice, even in the home.

The bottom line: by modeling aggression, physical punishment “tells” children that hurting others is an acceptable way to deal with problems. Given that children learn so much by the example set by adults, it’s fair for adults to ask themselves: Is this the example we want to set?

Recognizing that discipline is never easy, how can parents take physical punishment out of their repertoire for dealing with misbehavior?

The Gundersen Center for Effective Discipline proposes multiple strategies to help children change behavior. Positive discipline empowers children by providing long-term social and emotional skills that can be utilized throughout their lives. So parents should develop a “tool belt” that includes a variety of instructive techniques.

As a first step, experts suggest that parents shift their mindset from “punishment” to “discipline.” The root of discipline is “disciple”—which implies an intent to demonstrate, mentor, and teach. By nature, it’s instructive. On the other hand, “punishment” implies pain. It’s a consequence, often rooted in retribution (rather than thoughtful deliberation). It evokes fear rather than desire.

For parents, awareness of their child’s temperament and developmental stage is one of the keys to understanding how to best discipline them. If you want to help your children become more responsible and caring through adolescence and into adulthood, there are effective ways to respond to misbehavior without resorting to physical punishment. Here are ten principles to keep in mind:

Obviously, effective discipline requires extraordinary patience—and even the best parents sometimes fall short. That’s OK. Don’t be afraid to ask for help—from other parents, from a health care provider, or from a counselor. And when the going gets tough, take a break. It really does take a community to raise a child. When facing speed bumps around discipline, remember to breathe—help and support are available!

“The Long-Term Effects of Physical Punishment on a Child”

“Physical Punishment of Children: Lessons from 20 Years of Research”

“How Spanking Harms the Brain”

The American Psychological Association (APA) has created the “ACT/Parents Raising Safe Kids” program, intended to develop parenting skills that prevent violence in children’s lives. The program helps parents recognize and control their own anger, and their children’s anger, while introducing strategies for both positive discipline and resolving conflict without resorting to violence.

Note: This is the ninth in a series of simple things we can do to build a better world for kids. These reflections and others are being compiled into a book.