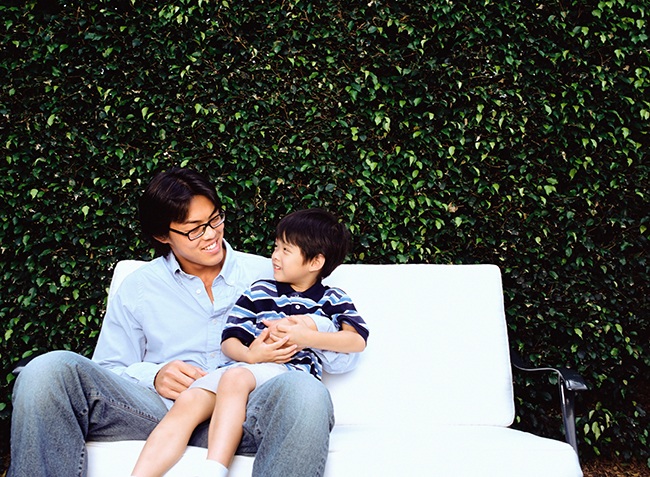 by childrenscntr
50 Simple Things, Prevention and Education, Reflections of the Executive Director, Staff and Board

A View from My Window: Reflections of the Executive Director

In 20 years of pediatric practice—both in primary care and child abuse—I continue to be amazed by the degree to which children and teens struggle to identify and talk about their private areas. I used to spend a great deal of time during well-child visits trying to normalize the terms vagina, penis, buttocks, and breasts, encouraging parents to use them when talking with their children at home. I would emphasize that giving children the correct names and permission to talk about their private areas helps them communicate their serious concerns to us. When dealing with victims of abuse here at Children’s Center, I sometimes struggle to understand a child’s specific issue when they identify both vagina and buttocks as “privates,” or worse yet, use slang such as “kooka” and “winky.” It’s hard to address concerns of sexual abuse when we’re not sure we’re talking about the same body parts. It’s so much easier when we all use the same language. – Gabrielle Petersen, MSN, CPNP, Medical Examiner

Do you know what a “tootie” is? How about a coochie? A piddlewiddle?

If not, don’t feel bad. Spell-checker doesn’t recognize them either. But all three are references to body parts covered by pants.

Why do we call a child’s foot a foot, her ear an ear, his mouth a mouth—yet continue to avoid using appropriate terms for their penises and vaginas? The question isn’t intended to be provocative. And its answer may go a long way toward helping to “immunize” children to the kind of sexual abuse that’s rooted in a lack of awareness of and secrecy surrounding their genitals.

While slang references abound, the use of incorrect, inappropriate, or sometimes incomprehensible names for children’s body parts undermines their physical, social, and sexual development. They also play into the hands of sexual predators, who take advantage of their victim’s lack of awareness or inability to clearly communicate, and whose abuse is thus shrouded in secrecy.

Pediatricians and child development specialists strongly encourage parents to teach children the correct names for their body parts—and to emphasize that “private parts” are off limits. Doing so minimizes shame and maximizes both awareness and a sense of control. In addition to increasing children’s comfort around medical issues and examinations, this knowledge helps them resist unwanted and inappropriate overtures—and enables them to talk more freely and accurately in the unfortunate event of a violation.

“The biggest problem I’ve had with this through the years,” says Children’s Center Forensic Interviewer, Amanda McVay, “are the varying and sometimes inappropriate names children use for their body parts. Children will always get embarrassed and giggle when asked to tell us the names of their parts. Teenagers are still embarrassed to identify the names of parts, even when they know them. That’s normal! But it helps when they’re given developmentally-appropriate names to use.”

“Without proper terminology, children have a very hard time telling someone about inappropriate touching,” according to Dr. Sandy K. Wurtele, professor of psychology at the University of Colorado in Colorado Springs. Teaching children the correct names for their reproductive body parts helps them “develop a healthy, more positive body image… It also gives children the correct language for understanding their bodies and asking questions about sexual development.”

One of the most effective tools for preventing abuse is taking the stigma off the names. And picture books can be helpful tools for parents with younger children—particularly for parents who are shy about their own sexuality.

“I don’t think ‘vagina’ is the right word for everyone,” Dr. Skinner cautions. “Neither is penis,” she continues.

Or buttock. Or breasts. Rather, adults should find a consistent and accurate word for describing body parts that is appropriate for their family—and use it regularly.

Some families may speak a language other than English at home, and the names for body parts may reflect their native language. That is OK. But use words consistently and accurately. Other families may feel uncomfortable with words such as “penis” and “vagina,” and instead may use “boy’s front private” and “girl’s front private.” That’s OK, too. The key is to use a word that accurately describes that body part.

Then, should concerns arise from your children, they’re able to accurately describe what part of their body they’re talking about. It’s easier to teach kids safety messages when we’re all speaking the same language. And it becomes much more clear for a child to tell us when there are problems if they can use words that the adults in their lives understand.

So, parents, be aware. It’s critical to teach your children about every part of their body—in ways that are developmentally, culturally, and conscientiously appropriate. It takes practice. And it may never be perfect. But it will definitely help—and help protect—your kids for years to come.

“My Body Belongs to Me,” by Jill Starishevsky

“The Care and Keeping of You,” by Valerie Schaefer

“Who Has What? All About Girls’ and Boys’ Bodies,” by Robie Harris