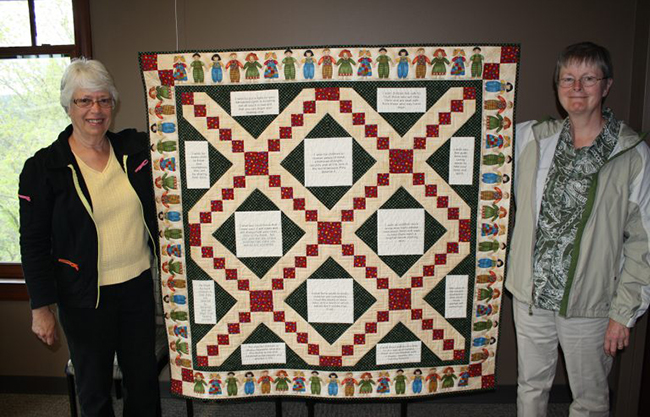 The Things They Carry…

by childrenscntr
News and Events, Reflections of the Executive Director, Staff and Board

A View from My Window: Reflections of the Executive Director

Leaving the office one recent afternoon, I caught sight of a mother and two children in their car. The child in back, a bespectacled girl of eight or nine, was clutching a large stuffed giraffe—a sure sign that she had just undergone a medical examination and forensic interview. The child’s tight grip on the colorful creature suggested that the experience hadn’t been easy.

Every child who comes to Children’s Center receives a stuffed animal. I’ve often heard how much those small, fuzzy creatures mean for youngsters who have suffered abuse. The modest toy becomes a tangible reminder that someone cared—and hopefully, that things began to change. It’s the kind of comfort children can hold on to.

I was struck by a seeming irony: Sometimes the things kids carry, help to carry them. While the giraffe was clearly a consolation for this young girl, I wondered about what else she was carrying. What physical and emotional wounds prompted her visit, and what scars would she ultimately bear?

Victims respond to abuse and neglect in their own unique ways. I’ve long been mystified how one child who has been horribly violated can grow up to be a positive, contributing member of society, while another spends a lifetime struggling with physical and mental health issues such as heart disease, addiction, and depression. What makes the former so resilient and the latter so vulnerable?

I hope for answers someday. Meanwhile, I know this: children who have been abused benefit from three things: Believing them when they disclose the abuse. Intervening immediately to end the abuse. Referring them to caring professionals who can help them process the abuse.

In 2012, the Northwest Quilters Guild presented a handmade quilt to Children’s Center that incorporated a dozen wishes for children and families, expressed by members of the group.

A lovely quilt hangs just outside the Center’s Conference room. Its colorful patchwork incorporates a dozen wishes, expressed by members of the Northwest Quilters Guild. I’m especially moved by this one:

On one hand, that aim would seem both reasonable and realistic. On the other, the number of children we assist each year continues to inch upward. Clearly, mitigating this affliction will necessitate even greater effort in the coming years.

Your support is critical to creating a world in which children can trust the adults in their lives, and adults don’t violate that trust. It won’t be easy, and it won’t happen overnight. But, working together, WE CAN do it.